Innovocative Theatre produces theatre that holds up a mirror to society. We challenge your views while we entertain you.  We entertain you while we tackle the tough issues.  We tackle the tough issues while we offer high quality, bold productions. Innovocative Theatre — where we create Innovative, Evocative, and Thought Provoking productions that engage the community.

We are Innovocative…where theatre challenges you. 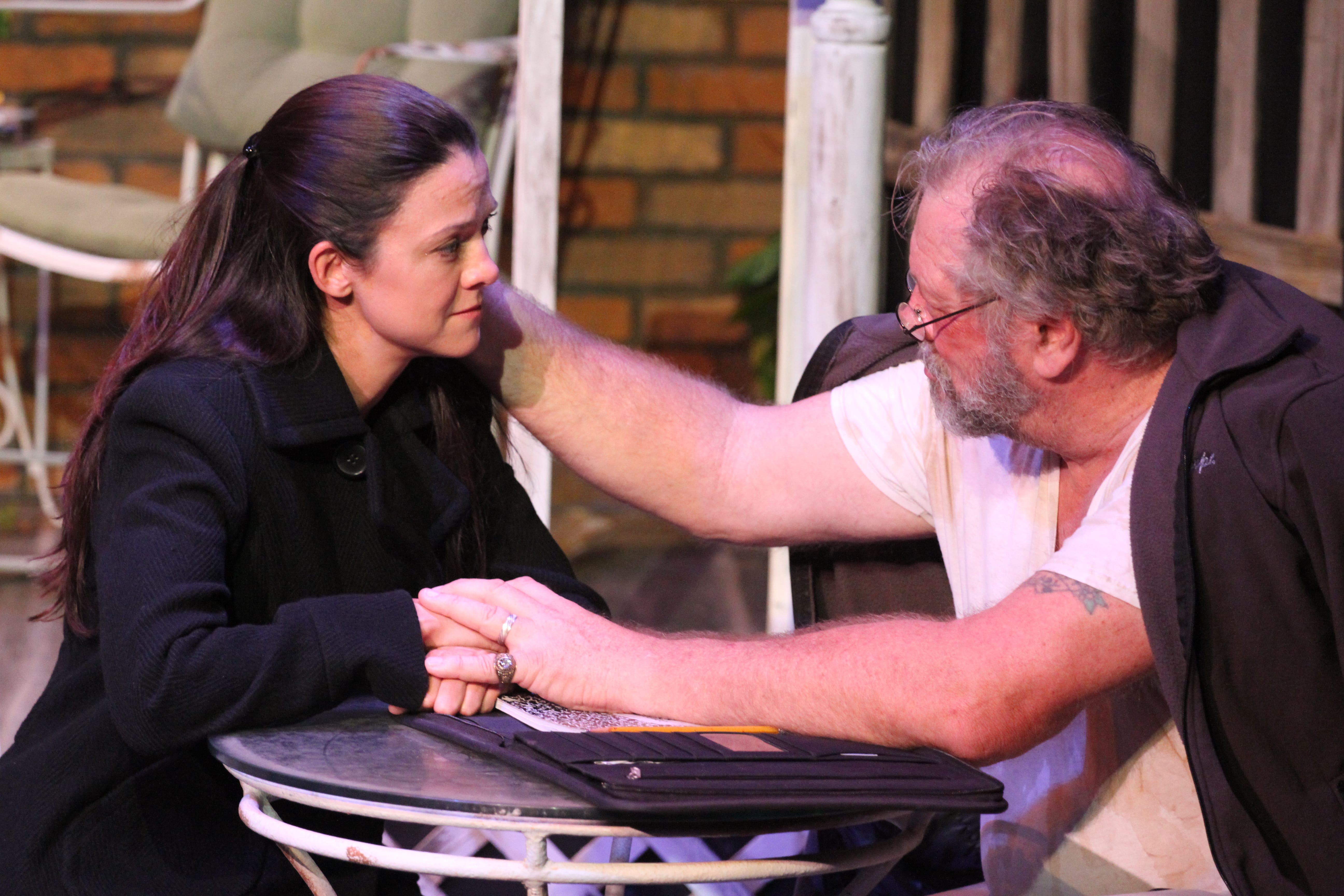 Innovocative Theatre produces theatre that holds up a mirror to society. We challenge your views while we entertain you.  We entertain you while we tackle the tough issues.  We tackle the tough issues while we offer high quality, bold productions. Innovocative Theatre — where we create Innovative, Evocative, and Thought Provoking productions that engage the community.

We are Innovocative…where theatre challenges you.

It all began in November 2016 when three theatre-loving souls united to create magic. From the beginning, our team felt very passionate about the work and we decided that we ought to continue the magic even though our run had ended.  Our founding team became a family and was thrilled to be re-produce David Auburn’s Pulitzer Prize-winning play, PROOF, as our first full-scale production.

Moving forward, we plan to produce two shows per season, and hope to partner with other like-minded professional companies in the area to provide more opportunities for working actors and those who enjoy the arts.

Innovocative Theatre’s mission is to create art that harnesses the visceral, empathetic and transformative power of theater.

We present innovative professional work that is truly evocative, mirroring the diversity of the human experience, and provocative: challenging our community to engage and enter into direct conversation on the thought-provoking social issues of our times. 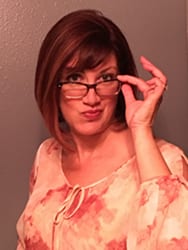 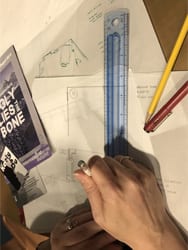 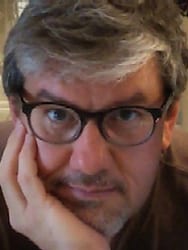 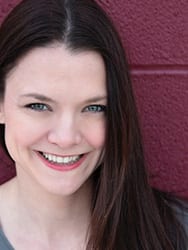 Once upon a time, there was a little girl who used to pretend.  In her basement, she and her friends would act out their favorite television shows and star in their favorite musicals.  As she grew up, she entered the business world where she acted as a professional corporate trainer and consultant.  After seventeen years, she returned to college at the University of North Carolina-Chapel Hill to pursue her passion–theatre.  Since earning her degree in Dramatic Arts in 2006, she has been teaching, directing, and coaching students of all ages. She taught Performing Arts for five years at Duke School (a private independent school in Durham, North Carolina) and was on the faculty of Raleigh Little Theater’s award winning Education Program for eight years where she taught ages 5-85!  Now, Staci shares her love of theatre and pretending with her private students and Tampa Bay area audiences.

She was most recently seen on-stage in PROOF (Stageworks Theatre) as Claire, THE GREAT GATSBY (Stageworks) as Mrs. McGee/Mrs. Michaelis, and as Mrs. Blair in INHERIT THE WIND (Stageworks/Tampa Rep).   Favorite roles include:  Stella in A STREETCAR NAMED DESIRE (The Gilbert Theatre), Maureen in RENT (The Gilbert Theatre), Debra in THE SMELL OF THE KILL (Temple Theatre), Annabella/Pamela/Margaret in THE 39 STEPS (Raleigh Little Theater), Belinda/Flavia in NOISES OFF (Theatre in the Park), Nancy in FROZEN (Raleigh Ensemble Players), Camillo in THE WINTER’S TALE (Peace College Theatre), and Diana in LEND ME A TENOR (Actor’s Comedy Lab).

As an educator and director, Staci believes that the skills learned through studying theatre and becoming part of an ensemble teach children and adults to become better people:  ones who can communicate confidently, collaborate well with others, and be spontaneous and creative in all aspects of their lives.

Outside of theatre, she enjoys martinis and margaritas, the beach, cooking, traveling with her husband, and spending time with her three kitties.

Jeannine is an educator, designer and photographer with a longstanding relationship with the theatre, both on stage as an ASL interpreter for Trinity Rep and The International Women’s Playwrite Festival (Perishable Theatre) and behind the scenes as an ASL consultant/coach for CHILDREN OF A LESSER GOD, RUNAWAYS and THE MIRACLE WORKER (Durham School of the Arts).  Her behind the scenes relationship continued as an assistant director and scenic designer, for GUYS AND DOLLS JR., SEUSSICAL JR., HONK JR., SPY SCHOOL, MAY THE FARCE BE WITH YOU, and STTRINGS ATTACHED. Her most recent scenic designs include PROOF and KEELY AND DU with Innovocative, PERFECT ARRANGEMENT and ALICE at Raleigh Little Theatre and FIVE WOMEN WEARING THE SAME DRESS at William Peace University.  She is excited to be continuing her collaboration with Innovocative.

Byron Woods is a journalist and critic who has covered the arts in central North Carolina since the mid-1990s for the area's leading newspapers including INDY Week and The News and Observer and national publications including Black Stage, Dance Magazine, Danceinsider.com, InTheater and the Village Voice.

A recipient of fellowships from the National Endowment for the Arts and fellowships at the Eugene O’Neill Theater Center, Woods has been honored by the Association of Alternative Newsweeklies and the NC Press Association, and has served six times—so far—as critic-in-residence and clinician in various regions of the Kennedy Center/American College Theater Festival. In recent years Woods has taught arts journalism, and served as a theater and dance dramaturge, drawing on a broad range of experiences as a playwright, director, designer, musician and actor before and during his graduate work at the University of North Carolina at Chapel Hill.

Marie-Claude Tremblay is an actor active in the Tampa Bay area theatre scene. Prior to becoming a full-time mother of two, her most challenging position yet, she honed her “real-life” skills in the corporate world as director of event planning for Conservus, a boutique corporate concierge firm in Montreal, Canada. One of her most formative job has been at Usine C, a prominent avant-garde theatre of Montréal where she basically served as a jack of all trades: receiving artist coordinator, corporate event specialist and teammate of the marketing department. She graduated with a BA in arts from Université du Québec in Montréal and has attended George Brown Theatre School in Toronto.  Outside of theatre and motherhood, she enjoys punishing workouts, is a certified personal trainer and a coach for a youth track and field club. Marie-Claude is excited to take on the role of Social Media and Marketing Strategist for Innovocative Theatre because she believes that the marketing material for a show should grab you as much as the show itself!